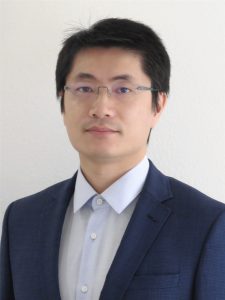 As society increases its wireless demands for more data, faster downloads and greater connectivity, UCF’s Kenle Chen, Ph.D., plans to continue being part of the solution. “This field, RF and microwave electronics, always has to keep up with the evolution of wireless communications [1G to 5G]. In the future, it’s going to be 6G or even 7G, whatever it is. So, this means a lot of research opportunities for academia and career opportunities for students,” Chen said.

“Overall, I believe that RF and microwave technology is still in its golden age,” said Chen. “This is why I’m still pursuing such a field after so many years.”

An assistant professor in the Department of Electrical and Computer Engineering, Chen leads the UCF INSPIRE (INtelligent, High-SPeed & Integrated Radio Electronics) Lab. He and his team concentrate on innovations in radio frequency (RF) and microwave circuit systems for wireless communications.

Chen joined UCF in 2018 after working at the University of Rhode Island. Before that, he worked as a staff RFIC engineer with Skyworks Solutions, where he developed RF front-end modules for advanced smartphone platforms. He also worked as a principal/lead radio-frequency integrated circuit (RFIC) engineer with innovational startups.

“A major focus of my research is on how to achieve the highest possible energy efficiency of power amplifiers (PAs), how to cover as wide a frequency range as possible, and how to make the power amplifiers more robust against environmental fluctuations,” Chen said.

“To communicate wirelessly, we must convert the information, our voice, our videos, into radio waves and boost them to a high enough power to radiate over a long distance. A core device to do this is the power amplifier.” Yet, PAs are also the most energy-consuming units in wireless platform systems, he said. “In a smartphone, for example, most of the battery power—up to 40 percent—is consumed by the power amplifier device. Not the CPU/GPU or touch screen, as we normally think,” he said.

In 2020, all the world’s wireless networks together consumed 10-15 percent of the total electricity that we generate as a society. “This already unbelievable number will continue increasing sharply in the future, consuming perhaps up to 50 percent of the total electricity in 2035,” Chen said. “The exponentially-growing user volume and data traffic have engendered extreme challenges for the sustainability of energy and the spectrum.” He said that within the electromagnetic spectrum, the total bandwidth available for wireless communication is limited, especially for the sub 6 gigahertz (GHz) RF range that we currently use. “Our future research will be towards fighting this never-ending battle.”

Thus, Chen and his team have developed three inventions that improve the efficiency of PAs. The inventions are part of Chen’s goals to reduce the total energy consumption and greenhouse gas emissions of the wireless ecosystem. “The pending patents are mostly about breakthroughs in the circuit architecture. One future direction that we’re taking is to seamlessly transfer those achieved advances from the circuit level to the system level. That will require a lot of innovations that we’re going to pursue.”

One invention that Chen developed is a Balanced-to-Doherty Mode Switchable Power Amplifier for radio‐frequency modules on 4G/5G wireless platform base stations. According to Chen, the circuit architecture invention helps wireless networks achieve high efficiency, resilience and ruggedness against antenna fluctuations. “That invention is critical for solving antenna-related issues like when you’re holding the phone with your hand,” he said. Chen explained that how a person holds a mobile device can block or suppress the antenna’s reception. “So that will affect the power amplifier, which directly drives the antenna.” 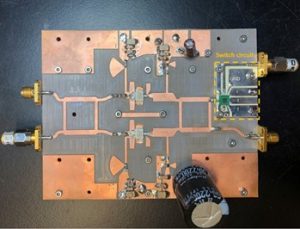 Hand gripping is just one aspect. Chen said a more pressing issue is that 5G and future generations of wireless communications will be using arrays of antennas (instead of single antennas). The arrays enable networks to accommodate increased data rates, distance and user capacity. On base stations, the antenna arrays can be groups of antennas, 64, 128, or even larger. “For our phones in the future, there’s going to be arrays as well, but smaller in size,” he said. “Maybe four, eight, sixteen at most.”

A key concern is that multiple antennas close together pose “load-pulling effect” problems similar to hand gripping, “but it’s happening at a much faster time scale.” The array problem can affect signal transmission and reception, and it degrades the PA performance overall, leading to reliability and ruggedness issues.

Chen said that the next generation arrays might have as many as 256 antennas, and the pulling effect will be even stronger.

The invention can resolve that issue. “The amplifier can operate in Doherty mode to achieve the highest possible efficiency, and if an antenna is pulled, then we can reconfigure this amplifier to balanced mode to provide resilience to that antenna pulling,” he said. For more information about the invention, view the technology sheet for Patent ID 11456.

Achieving High Efficiency and Wide Bandwidth to Support 5G and Beyond

Toward achieving both high efficiency and wide bandwidth in 5G+ systems, two other inventions developed by Chen and his team also address the spectrum crisis. “Spectrum is now considered as the most valuable natural resource,” he said. He noted that the competition for Federal Communications Commission (FCC) licenses is fierce and pricey. In February 2021, the FCC announced that it had finished auctioning service licenses in the 3.7–3.98 GHz band, the mid-band spectrum of 5G services. According to the FCC Public Notice, 21 bidders won a total of 5,684 licenses. The auction yielded more than $81 billion in gross bids.

“Because of the sky-high price, we have to use the spectrum very efficiently,” Chen said. “So, all the wireless systems must be able to operate at multiple different frequencies and support different wireless standards. We call this the multi-band, multi-standard capability of the wireless system. This is the reason why the power amplifier needs to cover as wide a bandwidth as possible.” 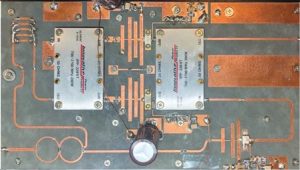 Figure 3. A prototype of the pseudo-Doherty load modulated balanced amplifier.

“This second invention is basically for achieving high efficiency when amplifying complexly modulated 5G+ communication signals while operating over an ultra-wide frequency range,” said Chen. He and co-inventor Yuchen Cao, a UCF Ph.D. student, published their work at the 2020 IEEE International Microwave Symposium and won the 1st-Place Best Paper Award. “This means that this technology has been very well received by the community. I believe it will offer a compelling solution for industry to build the next generation of multi-band, multi-standard wireless systems,” said Chen.