Years ago, while still a middle schooler in South Korea, Brian Kim found his motivation for developing brain-machine interface (BMI)technology. “I had perfect eyesight, but all of a sudden, as I was about to graduate from middle school, my eyesight wasn’t that good,” said Kim. “I couldn’t really see the blackboard that the teachers were writing on. 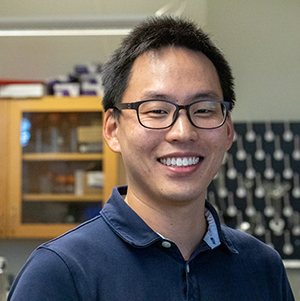 “So I thought maybe, I would spend my time doing research when I grow up and perhaps pursue ways to restore some of those sensory functions. It could be eyes, smell, taste, whatever,” Kim said.

Now an assistant professor at UCF’s College of Engineering and Computer Science with a joint appointment at the UCF Burnett School of Biomedical Sciences, Kim has found a way to create miniature, implantable BMI technology using semiconductor fabrication techniques. Because of its size and scalability, the invention lays the foundation for producing brain implant devices that may help restore a person’s sensory functions, including motor movements, hearing and vision. He has also developed a medical diagnostic tool that collects and purifies blood samples to speed diagnostic testing for infectious diseases, especially for people that have limited access to clinics, hospitals or laboratories.

After graduating from Hanyang University with a degree in electrical engineering, Kim found that one of the challenges scientists faced was how to measure signals from the neurons efficiently. “This is probably the reason why a sophisticated BMI still doesn’t exist yet,” he said. Consequently, he decided to pursue a Ph.D. in biophysics at Cornell University and to focus on single-cell electrophysiology to find the best way to measure signals from cells at a single-cell level. It was not a big part of the BMI research trend at the time, but Kim was certain that he had taken the right path, and when he got to UCF in January 2016, “it all clicked.”

“I went to a Proposers Day sponsored by DARPA (the Defense Advanced Research Projects Agency). They were putting all the people in the same room who were interested in this area [BMI],” he said. “One of the things that the program manager said was that we don’t have the capability of measuring signals from millions of neurons simultaneously, and that’s really important.” According to Kim, the state-of-the-art technology at the time only measured signals in the hundreds. 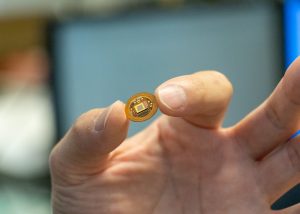 “If you think about that, it makes sense that you need a system where your connectivity to your device is easily millions,” Kim said. As a rough example, Kim noted how much information a person’s eyes transfer to the brain in terms of pixels. “We don’t have pixels—it’s not granualized, but if we make some estimation, it’s easily tens of millions of pixels. It’s very fine information that we’re transmitting from our retina into our visual cortex,” he said. With his background in electrophysiology, Kim knew that his skill set was a perfect match for that aspect of BMI research.

Shortly after that, Kim and his research group invented an implantable, scalable Neural Interface System that can already perform more than 1,000 parallel recordings. Designed to lay on top of the brain, the tiny system consists of a thin substrate that includes everything to measure cell signals: the power coil, the voltage regulator, the amplifiers, the processor, the transmitter and so on. “So you’re integrating everything into a single sheet of silicon, which can be thinned down to 50 microns [less than paper-thin], for example,” Kim said. “You have thousands of electrodes inside, but everything else is included, and the reason you can do that is you’re using the CMOS [complementary metal-oxide semiconductor] technology, which is the technology that we use to make computer chips. It’s tight connectivity—and since the device is so small and flexible, we can make a small incision, slide it in, and that’s it.”

As his work with electrophysiology and BMI continues, Kim looks forward to achieving possibly between 10,000 and 100,000 parallel recordings in the near future. With that capability, he noted that a system could reproduce every muscle movement in the body. Though Kim’s key interest is in reproducing the functions of the visual cortex, he and his team are hoping to tackle every single cortex with their research.

Combining blood collection and RNA/DNA preparation with a single syringe

Besides his research in electrophysiology and BMI, Kim is also developing medical diagnostic tools, which he became interested in while doing his postdoctorate work. During that time (2013-2014), Kim worked in a lab funded by the Bill & Melinda Gates Foundation, which was a leading force of portable diagnostic/point-of-care diagnostic development. As a result, he and other postdoctoral students were able to go to Seattle and meet other people who were working on state-of-the-art point-of-care diagnostics as well. “Everybody was so focused on developing a new tool for detection, but the problem was not on the detection end,” Kim said. “The best type of detector already exists, called real-time polymerase chain reaction (PCR), and it’s very easy to build a small-format nucleic acid detector at a very low cost.

“Literally, we spent just six months making a miniaturized handheld real-time PCR device, so it’s not a big deal. What’s limiting these devices to be useful in the field is the sample preparation portion of the problem.” Kim explained that the foundation wanted to be able to take the diagnostic devices out in the field, at remote sites in developing countries. “So if I’m sick, and they send in my bloodwork to a centralized lab, what happens first is they do sample preparation, where they extract either the protein or the nucleic acid from the whole blood,” Kim said. “Because if you have the whole blood with those target molecules that impedes your measurement. So first, you have to separate that out. Once you separate that, you mix it with some reagents, and then put it into a detector.

“But If I have whole blood, and I’m in some remote area where I don’t have access to a centralized lab, nothing works because I can’t just stick the blood sample into a detector,” he said. “Much emphasis should be placed on automating/miniaturizing the sample preparation side, but it’s not.” 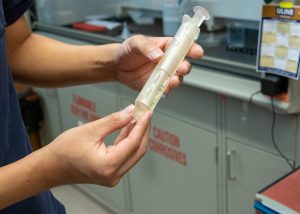 Figure 3. A prototype of the all-in-one blood collection and purification syringe.

When Kim joined UCF, he and his research group set criteria for creating a sample preparation device that’s easy-to-use with one simple motion and is not prone to user error.  They wanted to be able to put a device in the hands of people who did not need special training to process blood samples. For example, someone at a doctor’s office or a remote location could draw and prepare a sample for a patient and quickly identify and treat their illness. “It needed to be straight-forward,” Kim said. As a result, they designed and developed a Novel Syringe for One-Step Purification and Medical Diagnosis.

“This device will look the same as a syringe, and you would operate it exactly the way you would operate a syringe to draw blood. The hope is that it could be used in the field and that practically anybody can use it,” he said. The team designed the syringe to perform all the typical tasks done at a lab (blood lysis, DNA/RNA capture, washing and elution). As a user draws blood from a patient, the syringe filters the blood through a silica membrane that binds DNA.

“Once you pull the plunger all the way, you have the waste, which is the blood and all the water that you use to wash the sample. Then you dispose that, and you end up with the silica membrane,” Kim said. The syringe also performs the necessary elution step (removing the nucleic acids from the filter). A prepared sample can then go into a real-time PCR device for analysis. The syringe can provide prepared blood samples for almost any type of blood-borne infectious disease.

In conjunction with the integrated syringe, Kim and his team have also designed a portable, real-time PCR machine that not only amplifies a nucleic acid sample but also monitors/tests it as well. “With the syringe, you would load your sample into our PCR device by pressing down the plunger again,” Kim said. To keep costs down and enable mass production, Kim said that both the syringe and the portable PCF device are 3D-printable and made of plastic.

You can learn more about Kim’s research at the Kim Research Group website.