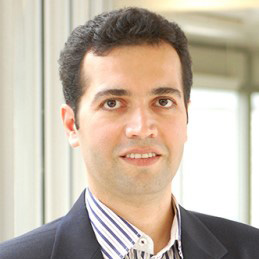 UCF Associate Professor Yaser P. Fallah is passionate about transportation safety. “Crash avoidance. That’s my focus, even if it saves just one life a day, that’s enough for me,” Fallah said. Head of the university’s Connected and Autonomous Vehicle REsearch Lab (CAVREL), Fallah focuses on developing networked cyber-physical systems that keep vehicles and drivers out of harm’s way. He joined UCF in 2016.

Fallah’s decision to focus on transportation safety was influenced by a personal experience and his desire to create and innovate. During his last year of undergraduate studies at Sharif University of Technology,  Fallah witnessed a horrific bus crash, which deeply affected him. “It was in the spring on a road that I used to take. So, it felt personal, shocking for me,” he said. “After that, I wanted to do something to prevent accidents and ensure vehicle safety. That stayed in the back of my mind.” At the time, Fallah was preparing for a career in internet and computer networks.

After completing his doctorate at the University of British Columbia, he came across an  opportunity to make vehicles operate safer. “I had two options as a post-doctorate fellow. One was at MIT working on internet systems. The other one was at the University of California, Berkeley, working on transportation. I picked the transportation one. I felt, there’s some direct good that I could do. That was in 2008, and I’m still in that field. That’s how I entered my personal kind of passion.”

According to Fallah, the CAVREL team currently works in three research areas. “The first topic is on making a vehicle aware of what’s going on around it,” Fallah said. “So, it can act and become safe and try to avoid collisions.” The second area comprises “cooperative AI (artificial intelligence),” an idea of Fallah’s in which vehicles start to think together. “As an example, let’s say there’s a car that’s far from something on the road, so it can’t figure out if it’s another car or not. Then there’s one more car viewing the same scene from a different angle. None of them can figure that out individually what the object is, but together, they can—right? So, we created this synergistic AI.”

The third area, “sympathetic cooperative driving,” relates to what drivers do now. “Let’s say you’re on a highway. Somebody tries to merge,” Fallah said. “If you’re sympathetic, you might let them get in front of you to merge. Automated vehicles don’t have such capabilities.” Since automated vehicles will be sharing the road with human-driven vehicles for yet another 20-30 years, Fallah and his team are working on solutions in which automated cars coordinate their actions based on human drivers’ locations and behavior.

With his team, Fallah has developed two patent-pending technologies that can improve roadway and vehicle safety. One of the technologies is a system that helps to significantly improve a car’s object detection performance and situational awareness using a network of light detection and ranging (LIDAR) sensors. The other invention helps to ensure continuous communication between human-driven or autonomous vehicles.

With the cooperative LIDAR object detection invention, vehicles achieve better understanding of their surrounding by sharing partially processed data from LIDAR sensors while keeping the required communication bandwidth low. “This concept can work for autonomous vehicles; it can work with connected vehicles as well. It’s something that can be used soon—within a couple of years,” said Fallah. He developed the technology with co-inventors Ehsan Emad Marvasti and Arash Raftari.

The invention comprises a new object detection framework of deep neural networks (DNNs). “It is basically deep networks connected over the air,” he said. “All of the new AI advances are happening because we’re using what we call ‘deep networks’ that have millions of parameters to learn,” Fallah said. Improved versions of artificial neural networks, DNNs consist of multiple layers and work to mimic how the human brain processes information.

“The whole idea essentially is connecting inner parts of two brains to work together. That’s kind of the main concept behind it,” Fallah explained. He likened his idea to the way that the Na’vi characters in the James Cameron movie, Avatar, communicated. “Remember where they all go and connect their brains to that whole system? We can connect the cars’ brains, so they can think together. It becomes a better thinking machine ” he said. 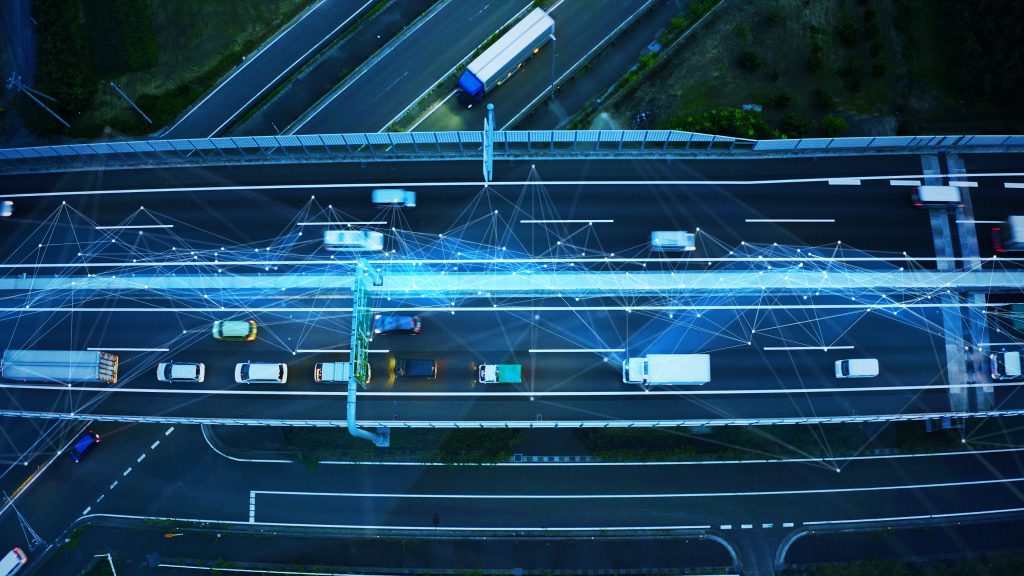 “I’ve always been working toward cars talking to each other,” Fallah said. “Then I started working on how cars can see. When I looked at how this process of seeing happens for a car, that’s when I got the idea that cars can connect their deep networks to think and see together,” he said.

According to Fallah, the millions of DNN parameters can easily fit into a small computer, like those in newer vehicles these days. Today’s cars have somewhere between 50 and 100 central processing units (CPUs), Fallah said. CPUs being the small computers. “So, a lot of cars will soon have the computing power needed to do these sorts of things that we’re talking about,” he said.

Besides transportation, the invention can also be used in the surveillance industry and robotics, too. “Anywhere you need a computer to see something in the environment,” Fallah said. “This works with robots inside warehouses, and it could work with drones.”

For more information about the invention, see the technology sheet.

When vehicles communicate, there is a small chance that they may lose each other for several seconds, Fallah said. “Our invention solves that problem, making sure you never lose anybody for a long period,” he said. The continuous communication invention consists of an algorithm that enhances cellular vehicle-to-everything communication (Cellular-V2X or CV2X). CV2X is a new technology that not only allows vehicles to exchange information with other vehicles, but also with infrastructure, pedestrians, networks, and other devices.

The invention is the result of an ongoing project funded by Ford Motor Company in support of 5G communication between vehicles. It is also part of an industry effort to standardize methods. Fallah, along with team members MD Saifuddin and Mahdi Zaman, worked with Ford engineers.

“There’s a certain resource allocation protocol that’s running in CV2X. It’s very efficient, but it leads to occasionally two vehicles choosing the same resource and not hearing each other for some time,” Fallah explained. “What the technology does is, on a timed basis, it breaks with the existing allocation and resets it for a short duration—and then comes back to the original protocol allocation again.”

Fallah hopes that the technology will soon be adopted into the Society of Automotive Engineers (SAE) J3161 standard for vehicular communication.